I finished the dash by installing a Retrosound radio as these had good reviews and they have a bezel and knobs that look like the original. These were on sale at Moss Europe at the time so I snapped one up and ordered the bezel and knobs from Jegs as they were cheaper. It also has a separate SD card, USB reader and ipod jack input which I hid away in the glove box.

I optimistically wired it all up and turned it on expecting great things, it sounded shite. Any volume setting above number 15 was met with horrific distortion. After much deliberation, emails and lost hours with my head stuck under the dash the problem was tracked down to the redundant rear speaker connections touching behind the unit. Once I’d sealed these off the sound was marvellous. Well I say marvellous but the old rockabilly that I mostly listen to sounds pretty rough even on the finest equipment.

With the engine bay pretty much finished it was time to put the fenders on, they were a nightmare to line up with the cowl and the doors. 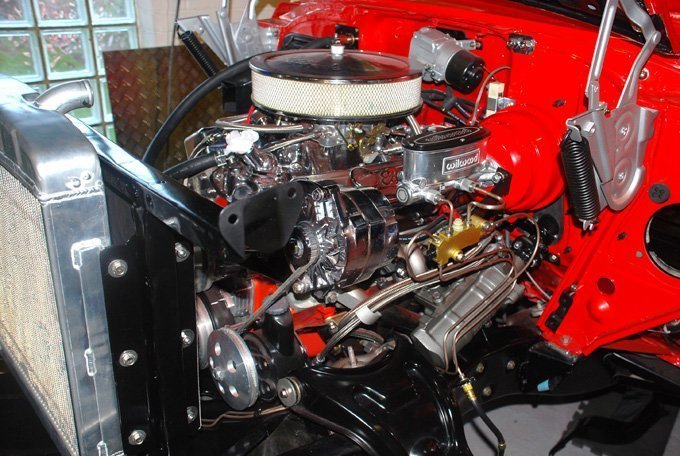 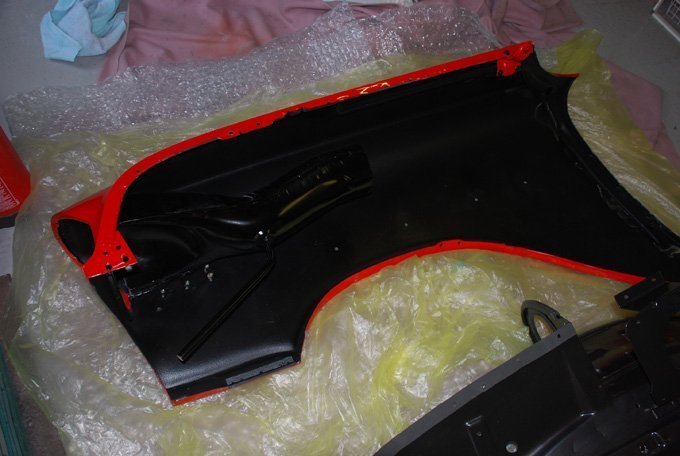 I’d always struggled with the hood hinge to fender brace flapping around and scratching the paint which always struck me as a useless design flaw on the 57. I made a couple of simple stainless plates to cure this. 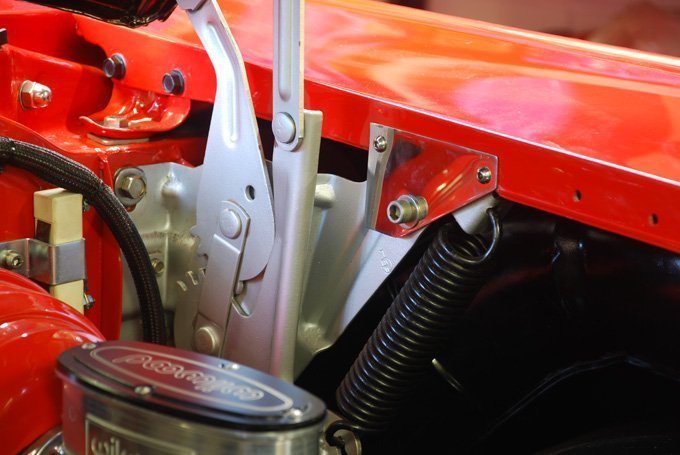 The doors at the front are a bit too far out on the cowl so I’ll try and adjust these in a touch, along with the the fenders. I’ll do this when the cars finished when it’s out the garage and I’ve got room to open the doors wide to get to the bolts. 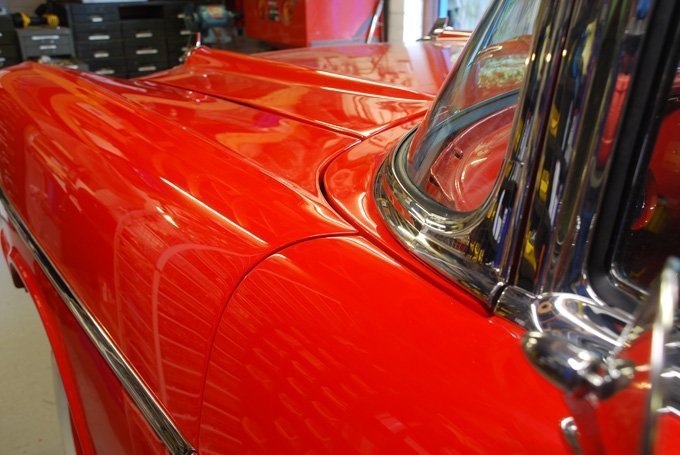 We’ve got a small trailer for our camping kit so needed a tow bar. After a google search I didn’t find any solution that I was realy keen on for the 57. The answer was sitting on our daily car, our 2006 Dodge Magnum R/T has a vertical receiver hitch that is hidden behind the plastic bumper so hats off to Mopar for that. I made one up in similar fashion which you can’t see when the ball mount’s not fitted. 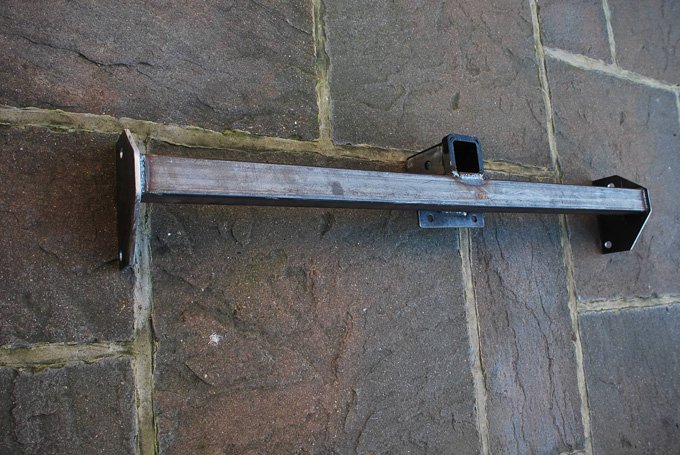 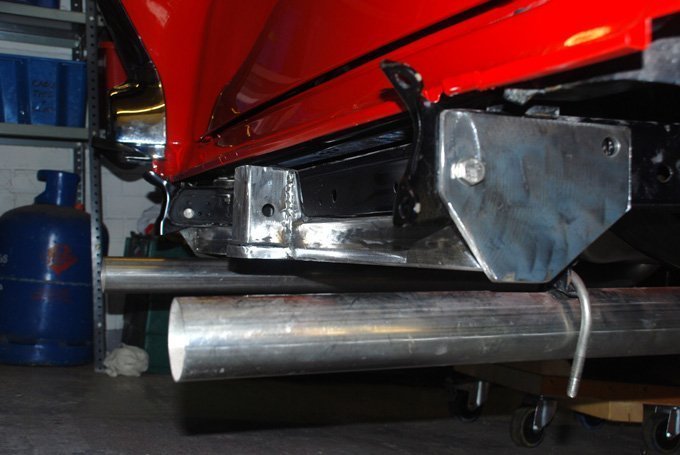 This shot features my homemade car dollies, they came in very useful. 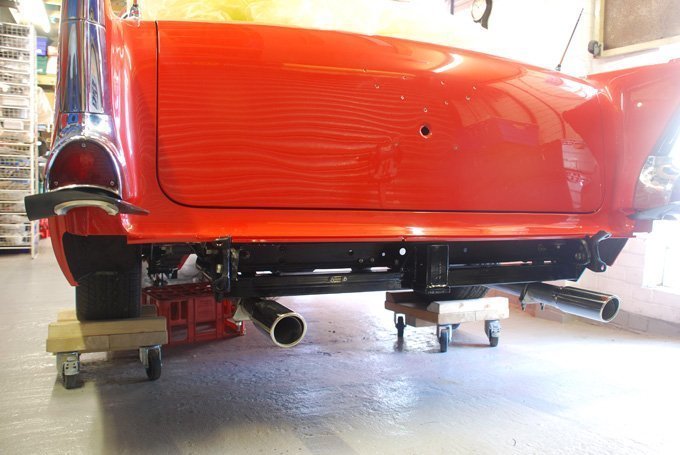 With the bumper on you can only just see the receiver 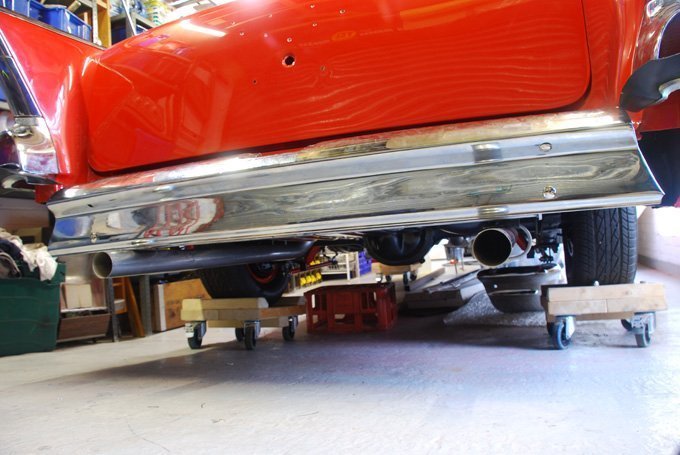 I picked up my one piece front bumper from Vehicle and General who are highly recommended. It has a couple of thin patches where it’s a touch yellow so it’ll go back at some point but it’s fine for now and it’s now on the car so it’s staying put. 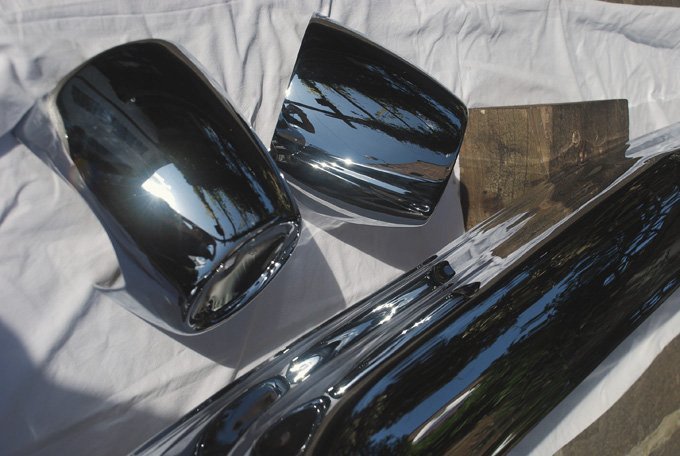 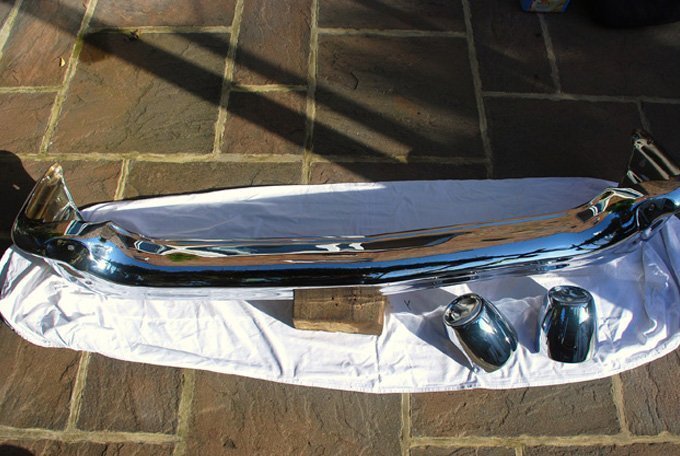 More shiny stuff to put on, I’d suddenly started to get some more shelf space in the garage. 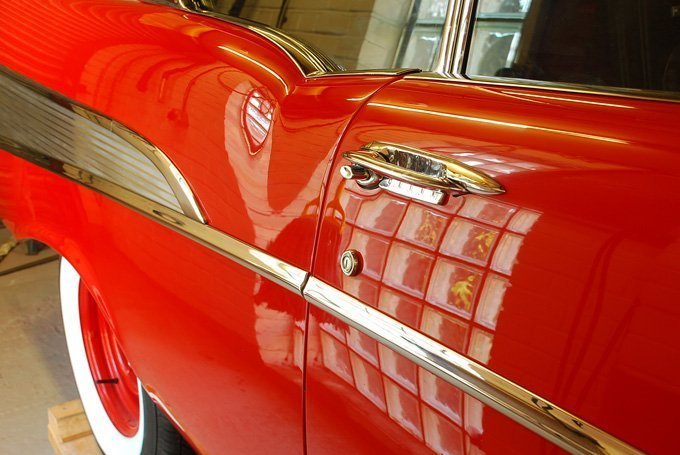