I’d recovered the seats about 22 years ago when I first bought the car and didn’t have too much bother at the time as I’d left all the original padding in place. This was now all in a shoddy state so everything needed to stripped off. A lot of the drivers seat springs were broken so they were repaired and off they went to the shot blasters. They then had a coat of satin black which didn’t do much for the lawn. 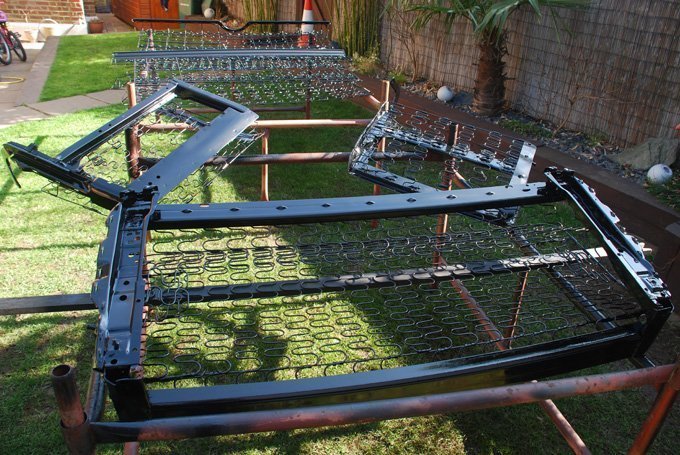 I’d bought a complete interior kit from Ciadella interiors in Phoenix AZ. Their interiors are outstanding and highly recommended, Gina is the one to talk to and is very helpful. Don’t believe that Youtube comparison of Ciadella versus Cars Inc. interiors it’s nonsense. I had my kit shipped back via New Jersey by Russ Pepper at R+R Imports. Russ is a great, reliable bloke to deal with and has shipped everything back that I needed that was too big or fragile to ship by USPS.
I’d carefully photographed everything as I took the car apart so first job was to replicate the Hessian support. 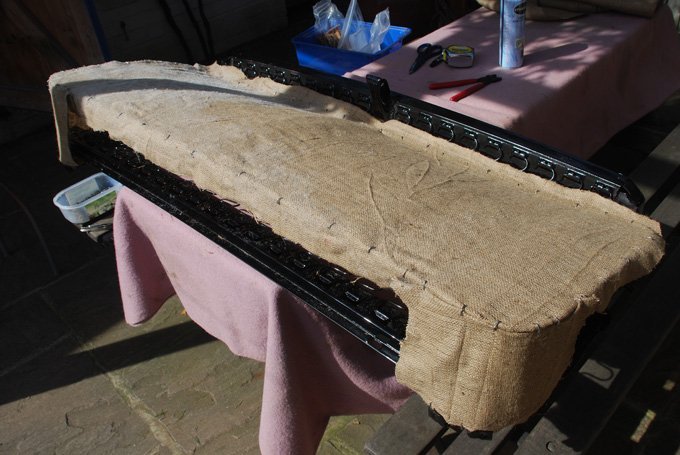 I’d also bought the two different densities of foam from Ciadella but I expect you could match and get this cheaper in the UK. I stuck this down with spray upholstery glue off ebay which worked really well. 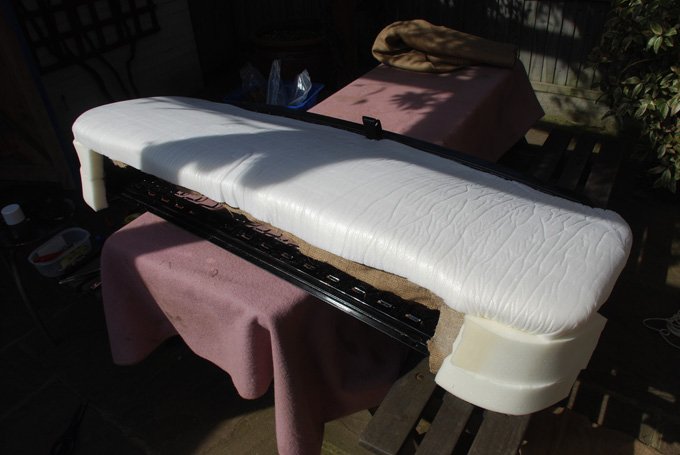 Front seat half done, using new foams I found the whole interior a very, very tight to fit, I also found a few new muscles. Ciadella have some good interior fitting videos here. Silicon spray on the foam and inside the covers really helped get them on, I also used some proper hog ring pliers. 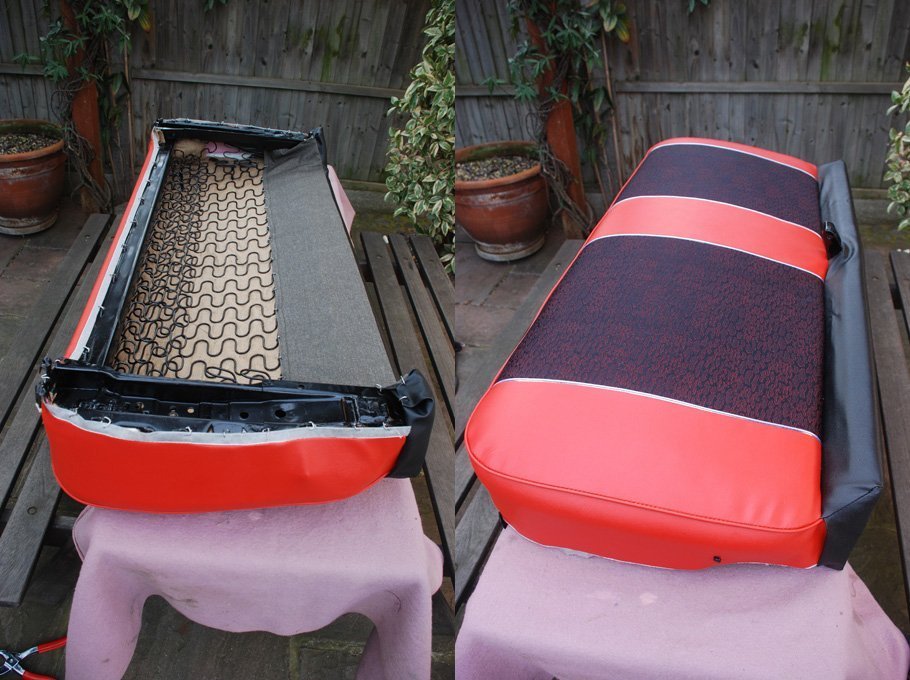 My wife Helen got the sewing machine out to replicate some of the hessian details, these bits are never to be seen again but I thought they might as well be done right. 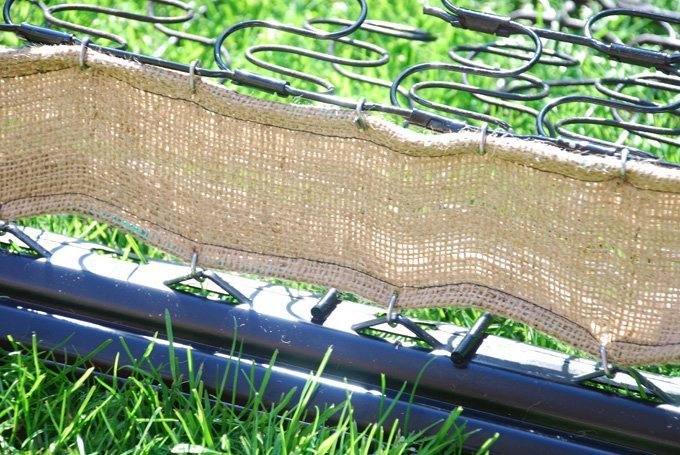 The back seat back was the hardest to fit, those 90 degree corners were a sod. I did manage to break the thread on a couple of corners but Helen expertly re-stitched them through the existing holes so you’d never know. I must have measured the position of those button holes a dozen times before shoving them though. 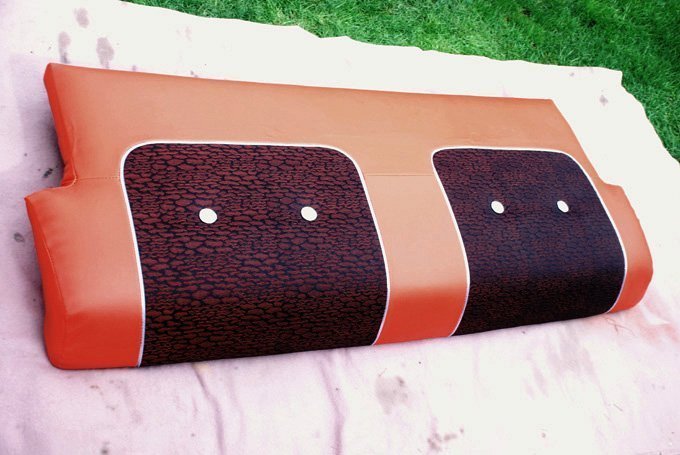 I’d followed Ciadellas video on how to do the two seat backs and they made it look so easy, the reality is very different and I did struggle. Tricky bits were getting the foam on the top corners the right shape. Pulling the covers down to the bottom was a two hour wrestling match, lots of profanity again but I won in the end. With the benefit of hindsight I should have cut the holes for the rubber seat stoppers at this point but I didn’t and had to find those buggers later. I don’t think I could do vehicle upholstery for a living, it’s too hard. 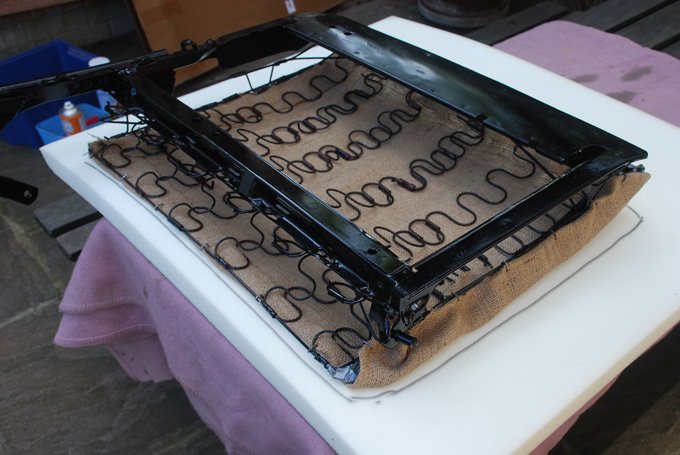 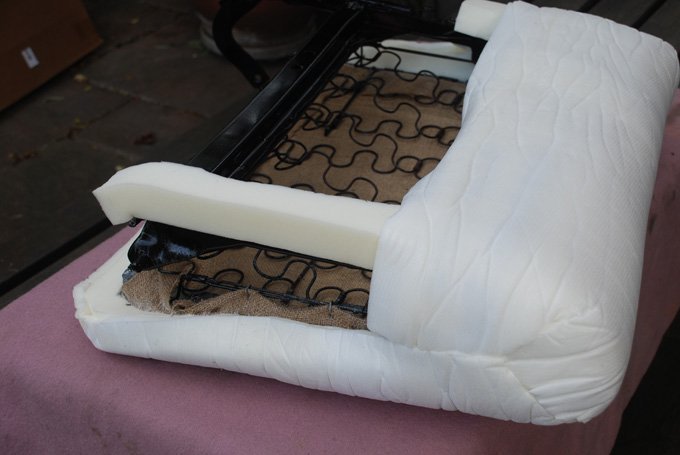 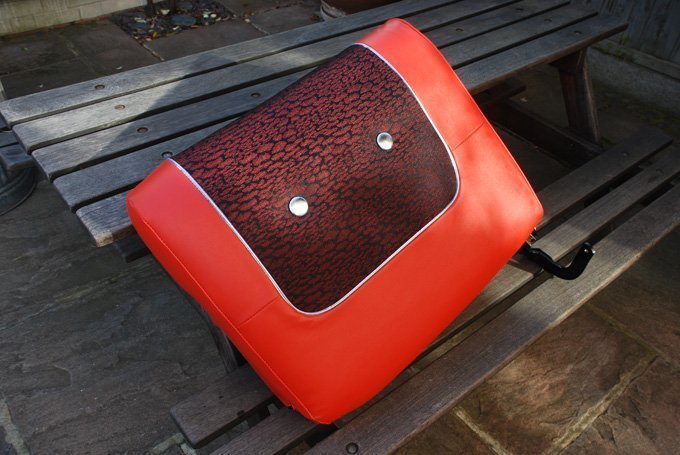