September 1989, fed up with driving a MK11 Ford Consul I took out two bank loans and headed off to Arizona to find a 56 Chevy two door coupe. I couldn’t find a 56 at the time but stumbled on this white 57 just off 22nd St in Tucson AZ. It was owned by a guy who owned an auto paint shop which was handy as I wanted a red one. This is how I found the car outside Franks place. 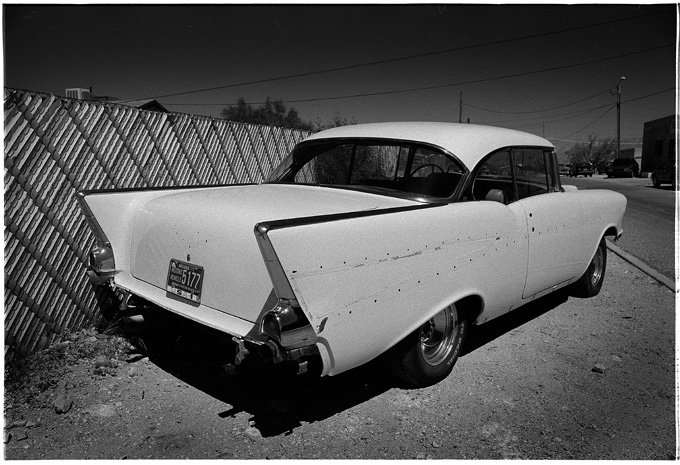 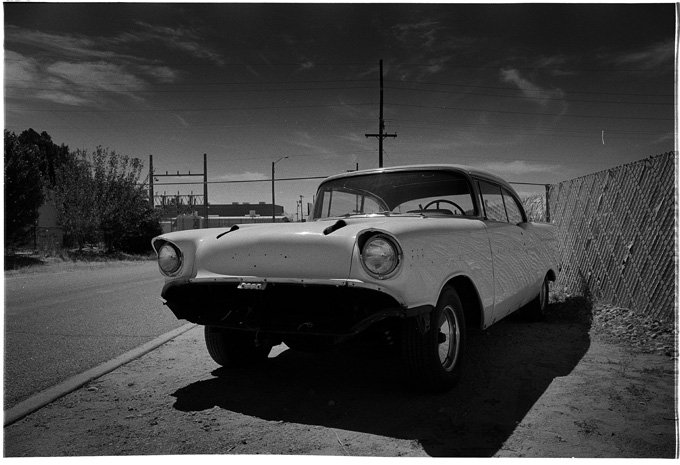 The deal was done, I paid another $2000 to have it painted Matador red, only snag was the paint job needed to be finished and the car at the docks in LA in two weeks. They did a cracking job. 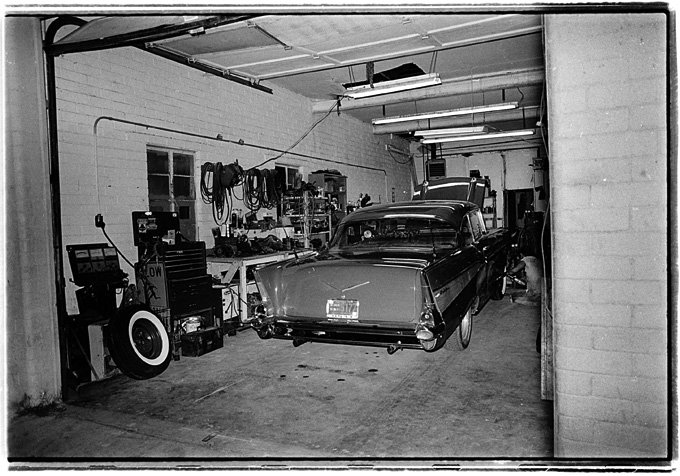 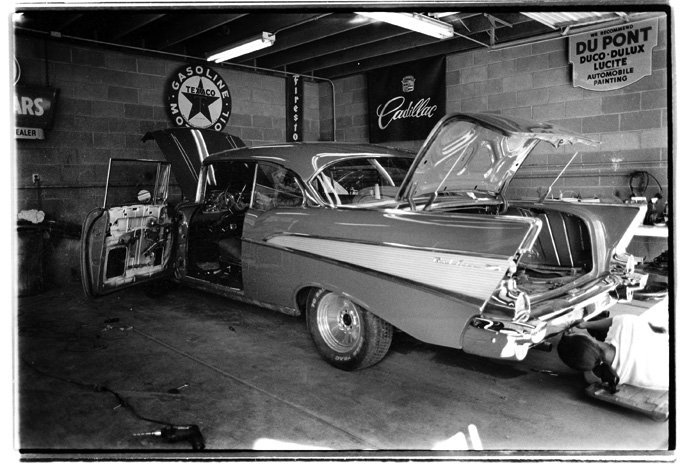 After nearly losing a wheel near Phoenix a brief stop at Quartzsite AZ on the way back to LA. 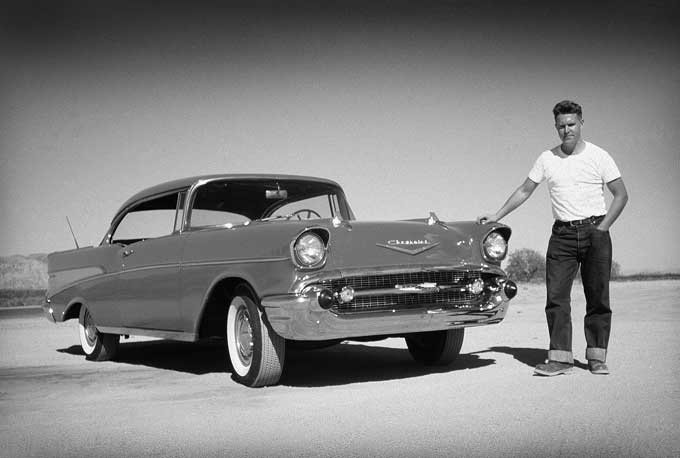 Made it back to the docks in San Pedro LA OK only a few hours before having to fly home. It was a pig to drive in LA as it wouldn’t idle properly which was a quick mixture screw fix back in the UK. It had a ’67 327 block with fuelie heads, 650 Holley carb and TH350 box. Now for a three week wait for the boat to arrive in Felixtowe which turned into six weeks as for reasons I never found out, customs kept it for three weeks.