My Ford 9″ rear axle housing needed centring so this went down to Zane Llewellyn at Zannetec. Zane did a cracking  job, very reasonably priced and also supplied a pair a strange axle shafts. Paul Mitchell over at GS Autos rebuilt the diff, Paul sadly passed away last year which was a shock, he was a great bloke who always had time to pass on knowledge. 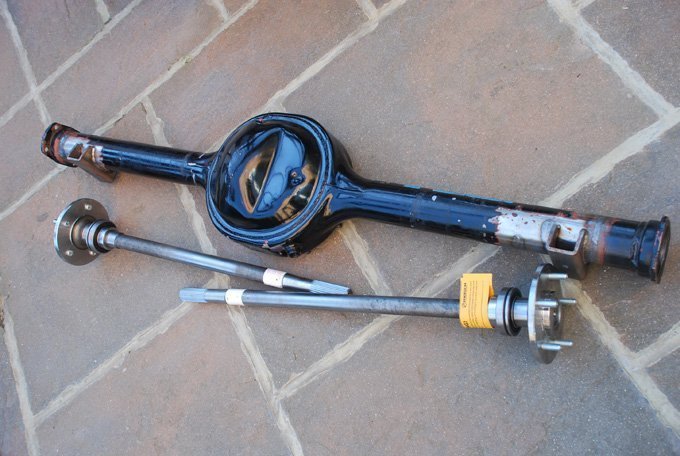 After reading an Ecklers Classic Chevy guide several times I gingerly took the angle grinder to the steering column to modify the column gear change mechanism and length for the Delphi 600 steering box. 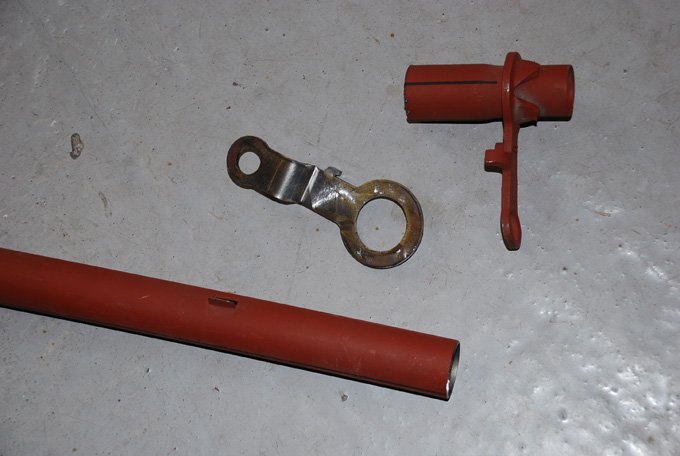 This conversion worked a treat but I used my own measurements before cutting down the column. 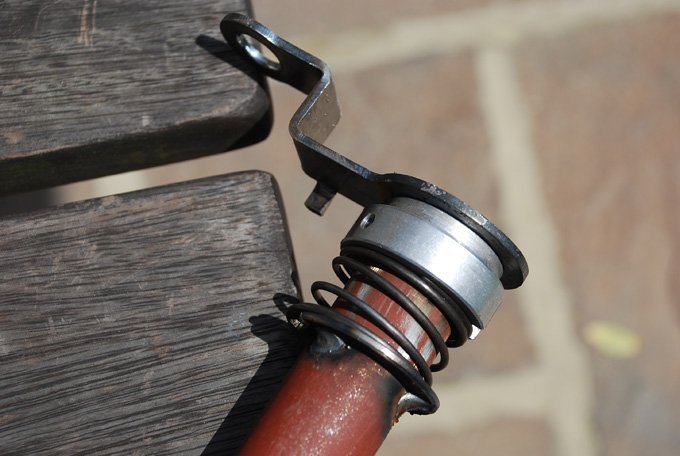 The problems I had were centring the steering box on the hole in the body, getting the steering shift column to shift smoothly in the column shift ring up at the top, also the horn wouldn’t earth once the rag joint was in place. I later swopped the gear change linkage to a Lokar one which works really well. 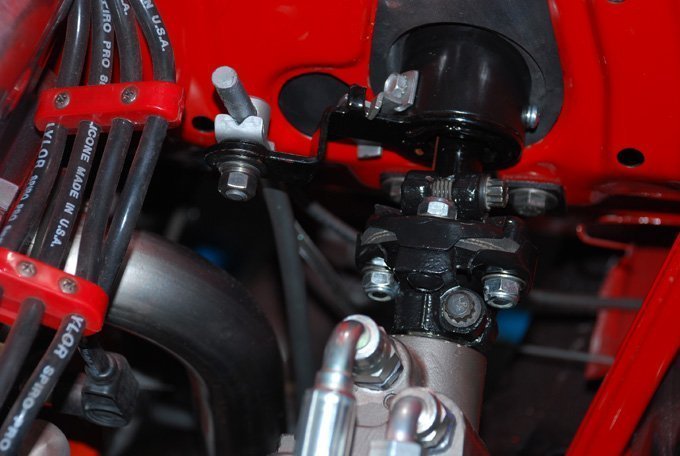 With a big new ally radiator mounted in the 6 cylinder position for a bit more room I thought the 383 should run cool enough. Nothing fancy with a single speed fan mounted on a flat stainless sheet seemed like a tidy solution. 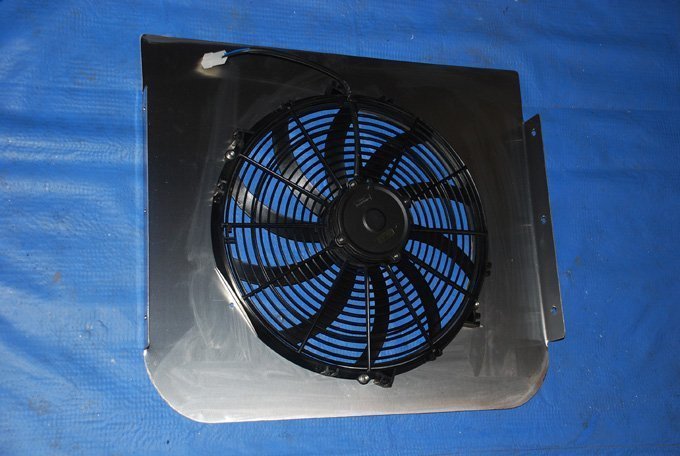 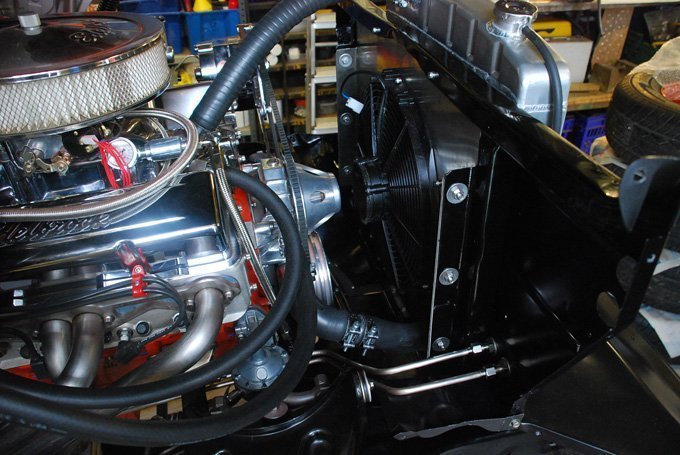 I wondered whether to mount the transmission cooler under the front slash pan but settled on the front of the rad. I liked the look of hard lines rather than braided hose so after a couple of attempts I got the bends right. 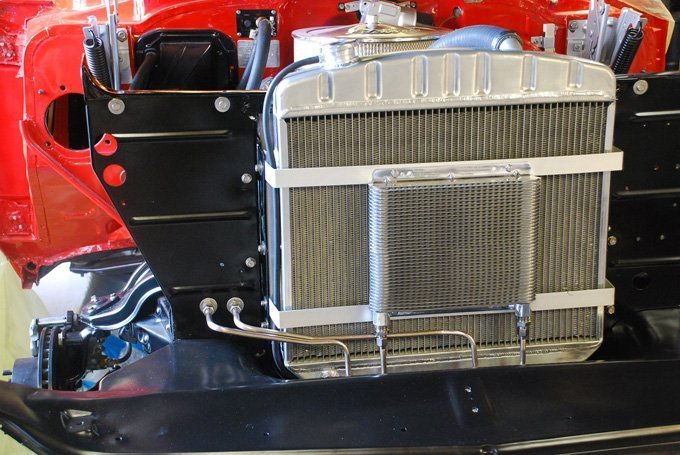 I got the propshaft back from Recoprop in Luton. The old prop was really dented and damaged so the simple brief was a) to shorten it and b) put a new tube on. They got the length right but used the old dented tube! They took another two weeks to put it right and another trip to Luton. It’s not the first time they’d messed up on work for me, never again and not recommended. 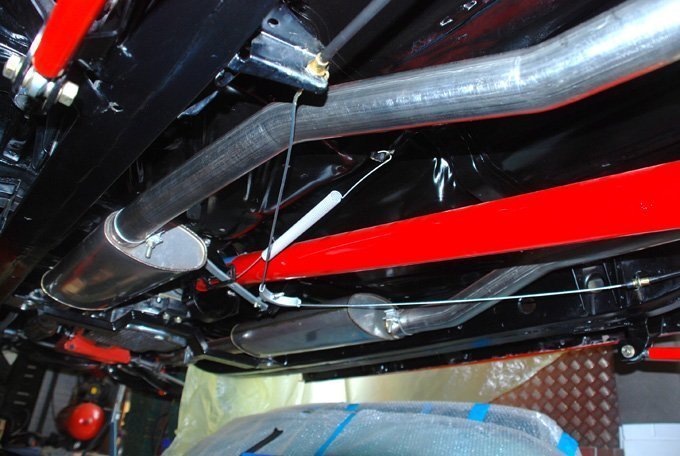 The stainless tanks are superb, I’d fitted the sender and test filled it before it went on the car as I’d had problems with the sender mounting leaking in the past. Also, the filler tube ‘O’ ring between the tank and filler neck doesn’t fill you with much confidence. With the tank on I discovered that the drivers side exhaust ran disturbingly close to the tank. I had visions of the whole rear end of the car including my family nuked in an epic fireball so the exhaust came off for about the sixth time to cut and re-route. Another example of parts that really don’t fit and another day lost. 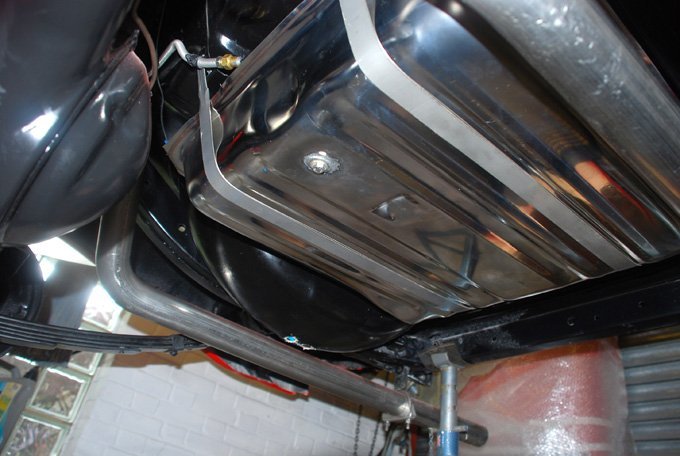